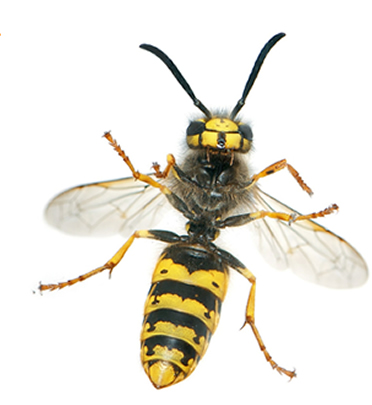 As you probably noticed, the Big Wasp Survey requires you to use a beer trap, and beer traps kill wasps.

Let’s be honest, it seems a bit weird for self-professed wasp lovers to encourage people to kill wasps, so we thought we’d take a bit of time to explain why we need dead wasps and why this is OK.

First up, this is a standard method used by beekeepers to keep wasps away from their beehives, it is also a standard methodology used by scientists all over the world to sample wasps. Beer traps are the leading method for monitoring the expansion of the Asian hornet in France; they are the means by which established wasp recorders have been able to generate data on wasp abundance over several decades; in a more commercial form, they are marketed for use in public open spaces and entertainment parks across the world. In short, we’ve not invented anything new here! People are using beer-traps to kill wasps all over the world, everyday.

Second, to get meaningful data on the species that are around and their numbers we need to identify the wasps you catch and to be confident that we have done so correctly. To do that, we need to see the wasps and examine them carefully. It’s impossible to identify a wasp species in flight or from a photo! We could count wasps coming to a bait (like a jam sandwich!) but they would be very hard to identify on the wing and we would likely be miscounting (one individual might visit several times for example). Also, it would require you, the citizen scientist, to get up close and personal with live wasps and that exposes you to a tiny but real risk of being stung. Finally, it would be difficult to ensure that everyone was putting in the same effort or had the same ability to identify the insects. Scientifically, the data we would get would be pretty much worthless.

Third, we can use the wasps you send in to explore other interesting aspects of science, such as the variation in colour patterning within species, across the country. Insect colour patterning is thought to be a useful indicator of environmental conditions, and so there is potential to use your samples to assess the local environment. In short, we can get an awful lot of data and scientific benefit from your handful of trapped wasps.

OK – so that’s the science, but we are still asking you to kill insects we should be protecting, right?! In fact, the wasps you kill will have negligible impact on UK wasp populations: the wasps you trap will be workers and workers do not reproduce. In the late summer, wasp nests have already passed their peak productivity and indeed are starting to decline as autumn approaches. The workers you’ll trap are no longer rearing young and indeed this is thought to be one of the reasons that they are so bothersome at this time of year. Removing the wasps you trap from the local population will have no effect on the number of wasps around next year.

Moreover, the number of wasps we expect you (the UK public) to collectively send us will be less than the equivalent of a single wasp colony! Making a wasp trap, setting it out, and collecting it, processing it and sending us the washed and dried contents is a fair amount of effort. Based on our experience of this type of study we are not expecting thousands of you to do it – and fair enough! Indeed, once we have reached around a thousand traps (which would be amazing, but quite unlikely) we will stop the survey for this year. Based on published data on use of these traps, it is unlikely that you will catch more than handful of wasps and many of you will catch none at all (which by the way is really useful data so PLEASE record that on the online form!). So, at most we won’t trap more 10,000 wasp workers, or about the same number as you would find in a typical common wasp nest at the height of the season. Such a nest is the sort of thing that people routinely call in pest controllers to destroy, without either thought or scientific gain, at the time when they are creating new queens.

Finally, the survey has another advantage – we are engaging people with the marvels of wasps. If we persuade just one person not to kill a nest next year then we have saved more than have killed, and we get plenty of good science along the way.

If you don’t like the idea of setting out a wasp trap, then we would be the last people to persuade you otherwise. But, rest assured that we have thought very carefully about this study and its implications for wasps and other insects.