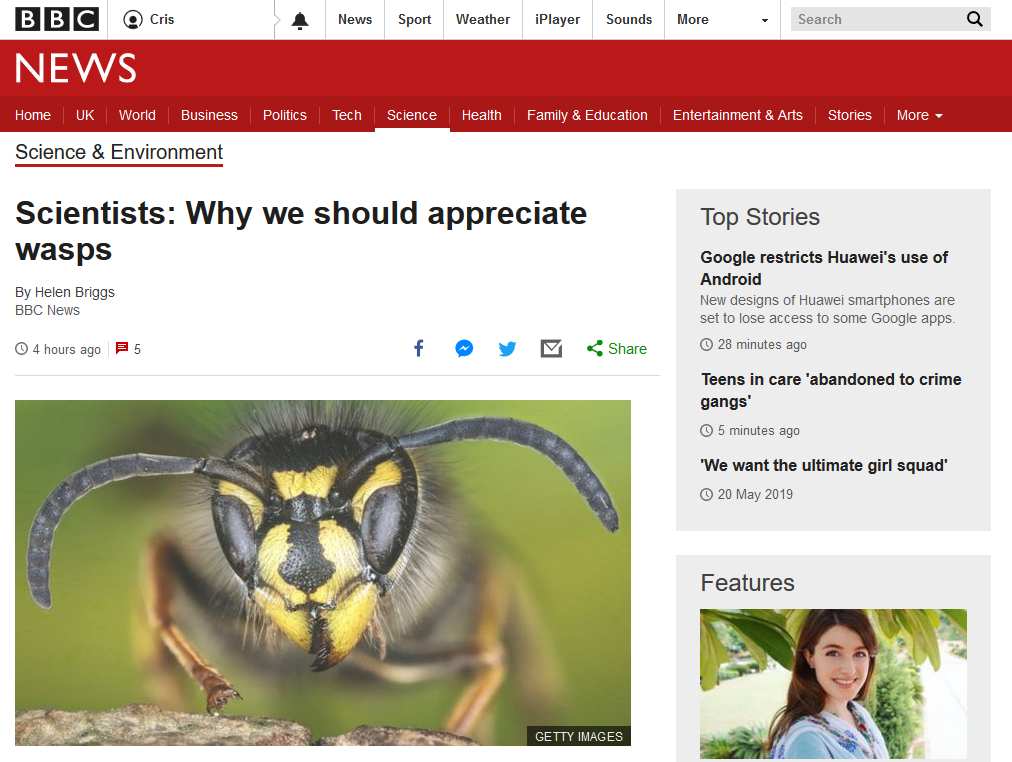 Scientists have put together a map of the UK’s wasp population, showing the distribution of key species.

Data recorded by volunteers gives an insight into where wasps are living in the nation’s grasslands, woodlands and towns.

The researchers say wasps are a much maligned insect, which deserve more attention.

Rather than being “bothersome and pointless”, they are in fact beneficial insects, keeping other pests in check.

Dr Seirian Sumner of University College London said wasps are nature’s pest controllers and a world without wasps would mean that we would have to use a lot more pesticides to control the other insects that we dislike and find annoying.

“They’re the maligned insect of the insect world – they’re viewed as the gangsters, ” she told the BBC. “Whereas actually we should be viewing them as a beneficial insect – they’re doing us a favour, and we’re just completely overlooking that favour.”