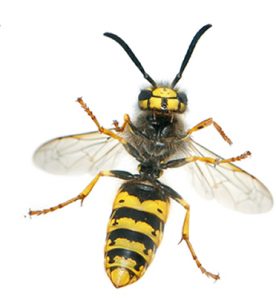 Wasps are an all-too familiar annoyance of the Great British Summer but they are so much more important than you might think! We at the Big Wasp Survey don’t like being bothered at BBQs or pestered at picnics any more than you do, but we do know that a world without wasps would be a far worse place.

Don't Believe us? Read on !

A WORLD WITHOUT WASPS

Wasps are voracious predators and they control plant pests like caterpillars and aphids. Without wasps many of the most common insect pests of crops and gardens would have very few natural predators and would eat all our food before it even got to our plates! It will also surprise you to hear that wasps also pollinate: in fact, there is evidence that they do as good a job as bees! A world without wasps would be a much worse place – so be careful what you wish for the next time one is flying around you.

The large football-shaped paper nest you might discover in your loft in the summer has developed from a single queen wasp; she hatched and developed the previous September, mated, and spent the winter hibernating, probably in your attic! In the spring, she looks for a place to start a nest and uses wood pulp gathered from trees, or your garden fence, to build her nest. Grubs develop from the eggs she lays and these develop (by metamorphosis like you find in butterflies) into female worker wasps that take care of the day-to-day running of the colony. The queen lays more and more eggs that will develop into yet more workers as the nest grows with up to 8000 workers by the end of the season.

It is the workers that we find so bothersome in the summer and they are all female. Wasps are predators, taking caterpillars and other invertebrates, as well as barbequed meats, jam sandwiches and fizzy drinks. As the summer progresses, the colony produces new potential queens by feeding some larvae richer food at a faster rate. They also produce male wasps that mate with potential queens from other colonies. As the colony winds down in late summer and early autumn, the remaining workers die off and the colony reaches the end of its life. It is only the young queens-in-waiting that make it through the following winter to start the cycle again. 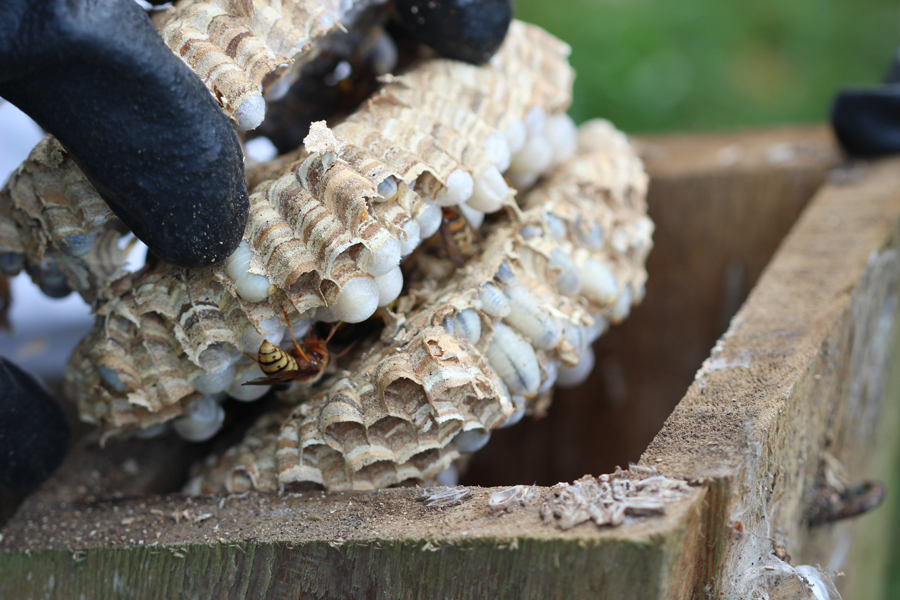 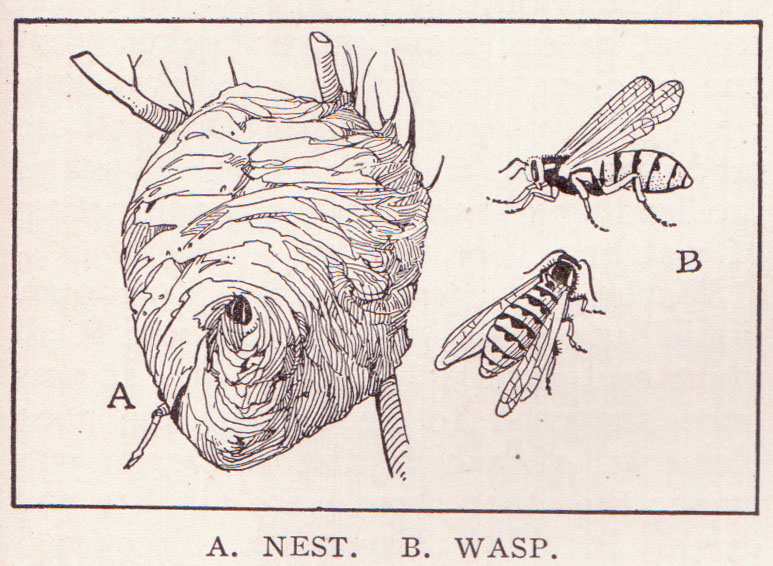 Wasps belong to a highly diverse group of insects called the Hymenoptera with more than 150,000 species across the globe. The Hymenoptera also includes the ants and bees. Some of the Hymenoptera, like the ants, honeybees and bumblebees, are well known for living together in colonies and when we say “wasp” we are usually thinking of the black-and-yellow striped species that live together in large nests. Actually, these social species are very much a minority in the world of wasps. The vast majority of wasp species lead solitary lives. There are around 9000 species of these solitary wasps in the UK – and we never really notice them.

WHY DO WASPS GET SO BOTHERSOME IN LATE SUMMER?

The short answer is we don’t really know! But here are some likely explanations.

Worker wasps get hungry at the end of the summer. As predators, you might imagine wasps with huge gnashing mandibles, munching greedily on poor unsuspecting aphids and caterpillars. Wrong! The adult wasps don’t eat any of this protein-rich food – they feed it all to the developing brood. All an adult wasp need to survive is some yummy sugar. When the colony is young there are lots of brood in the nest: in return for a juicy bit of aphid, a larva will reward an adult worker wasp with some nutritious, sugary secretions. At the end of the summer there are less brood to feed because most are undergoing metamorphosis and so don’t need feeding; but there are still thousands of workers around. What better way to calm a rumbling wasp gut than to forage on your jam sandwich or beer! 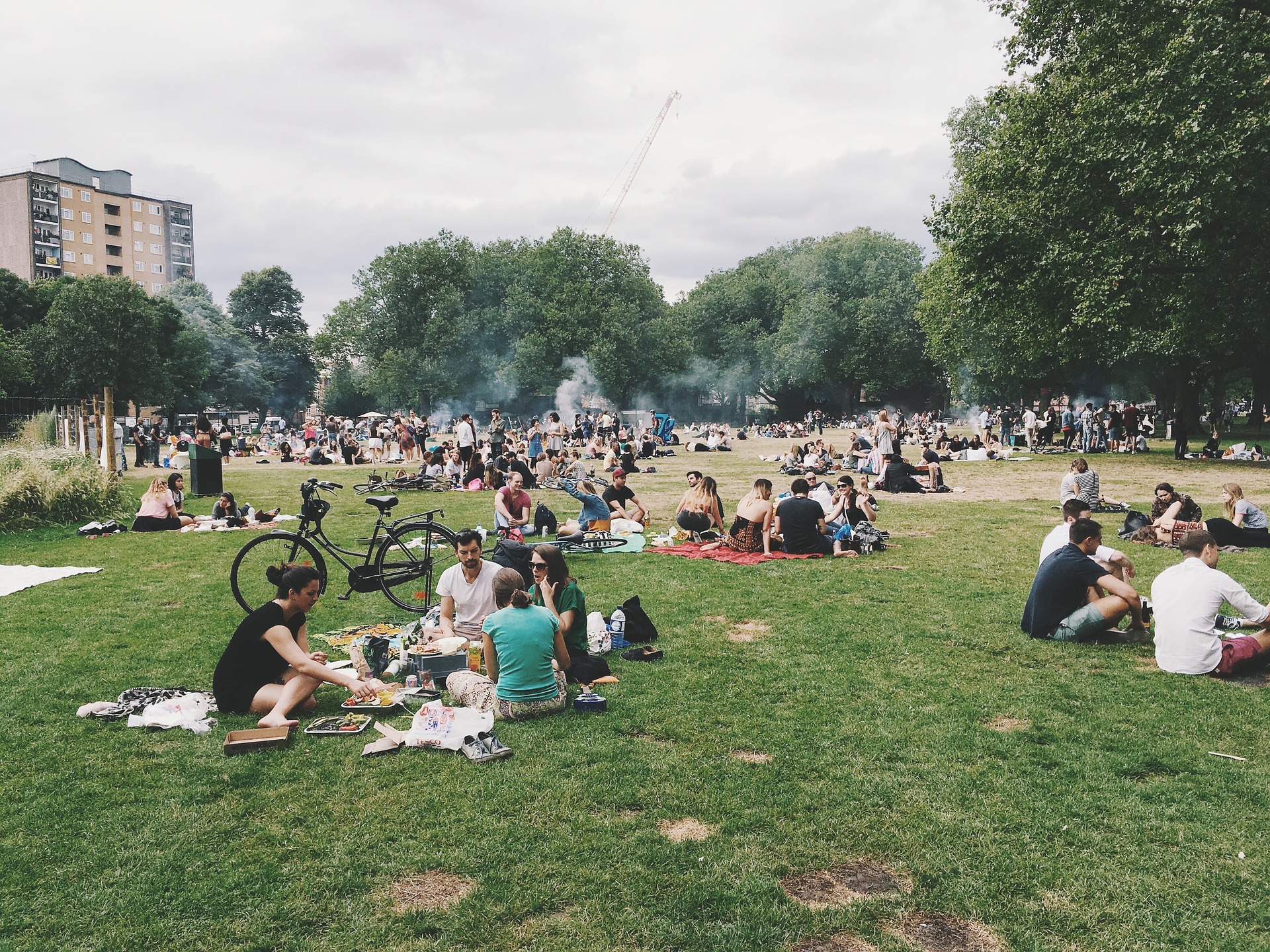 Although there are over 5000 species of social wasps in the world, we only have 8 or so in the UK. It’s pretty easy to identify them using their colour markings.

A good place to start is the face markings. 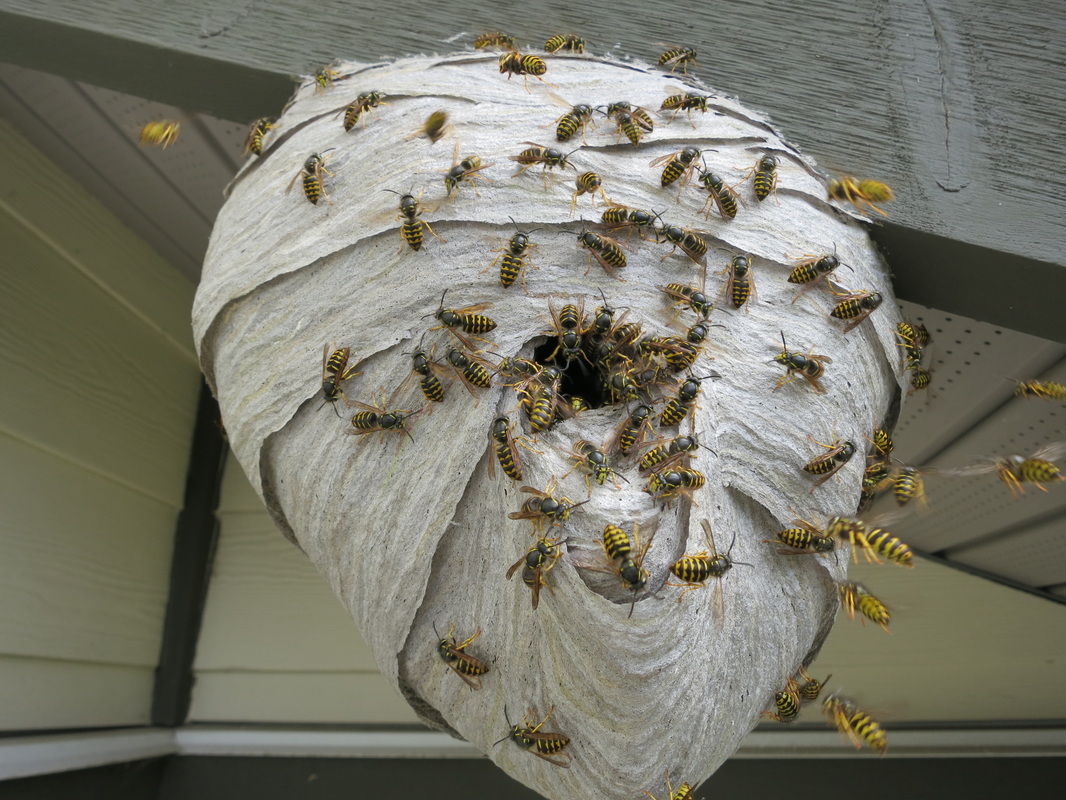 Dolichovespula is a small genus of social wasps distributed widely throughout the Northern Hemisphere. The yellow and black members of the genus are known by the common name yellowjackets, along with members of their sister genus Vespula.

The word Dolichovespula, which is derived from the Greek word “dolikhos,” meaning “long.” .  This describes the characteristic long face found within the genus, as opposed to the short and round faces found in the Vespula genus. Source 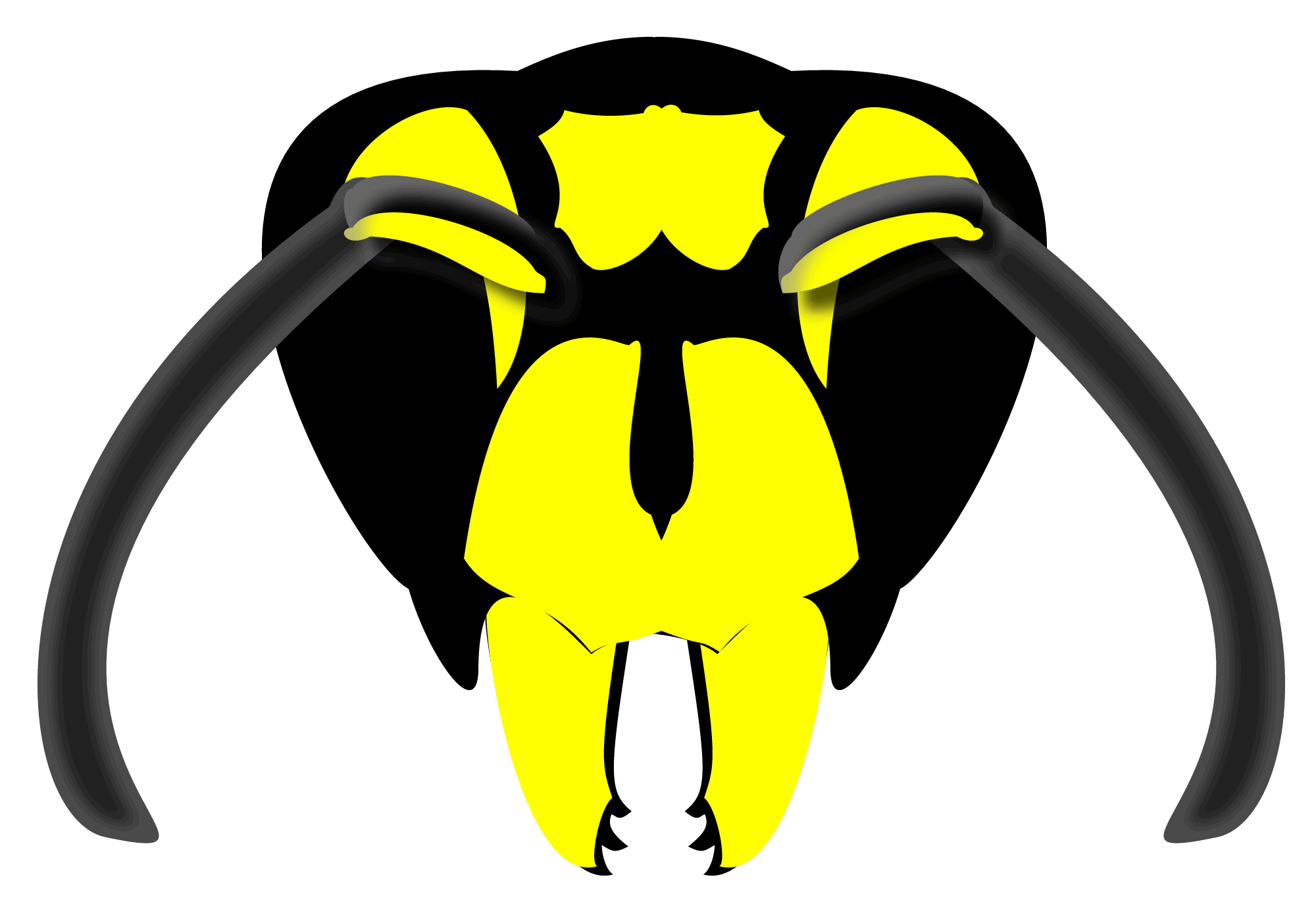 Also known as the ‘Median Wasp’.

D. media is attracted to sweet foods and as such may fly near food when people are eating. Median wasps are easily scared off and do not usually become aggressive.
16-22mm. 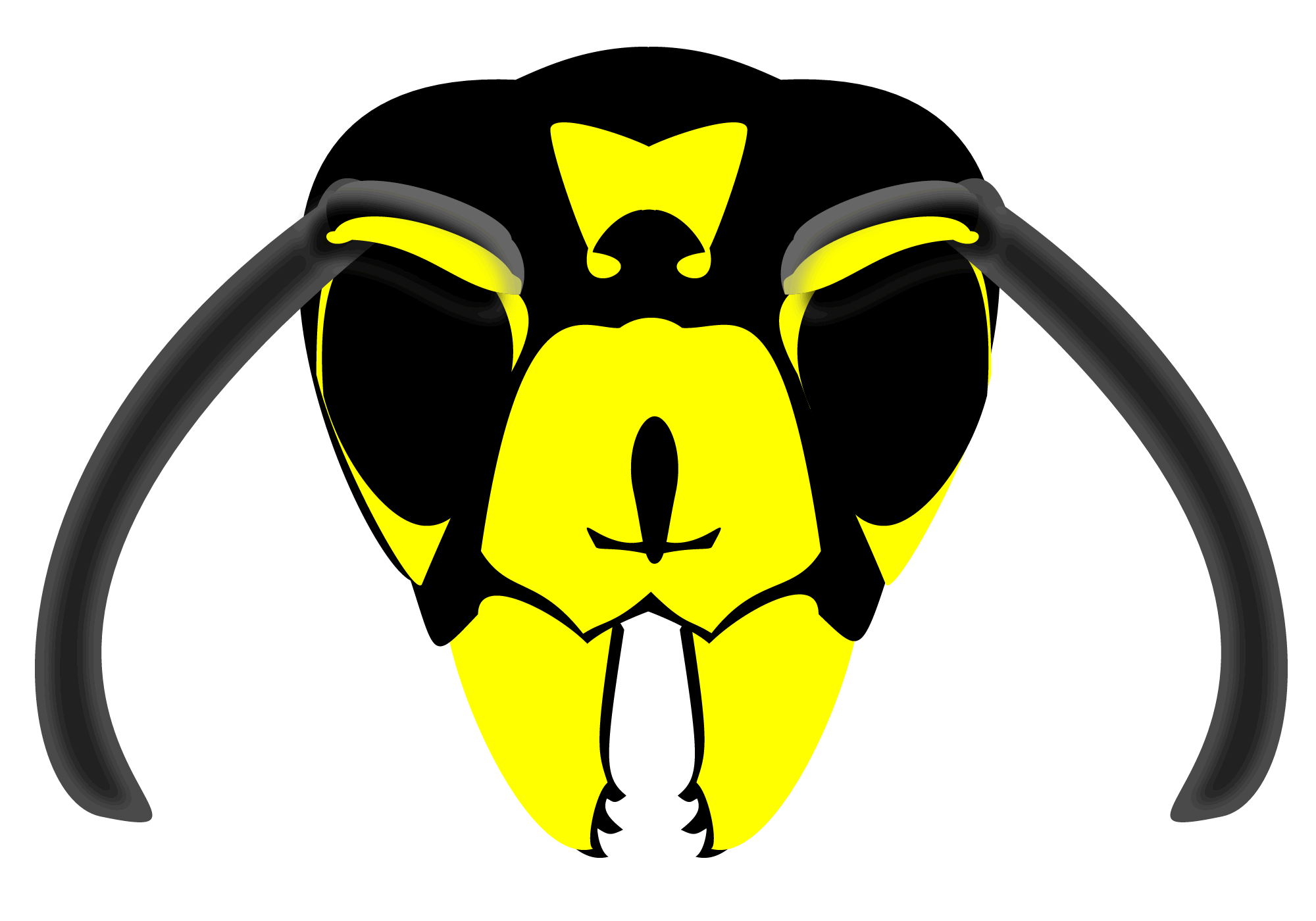 Also known as the ‘Saxon Wasp’.

D. saxonica  do not become violent or harmful unless their nest is disrupted or threatened. If an individual senses danger, it can emit an alarm pheromone to its colony, which attracts others and stimulates aggressiveness and flight behavior.

D. saxonica is a new species in the UK, arriving in the early 1990s. 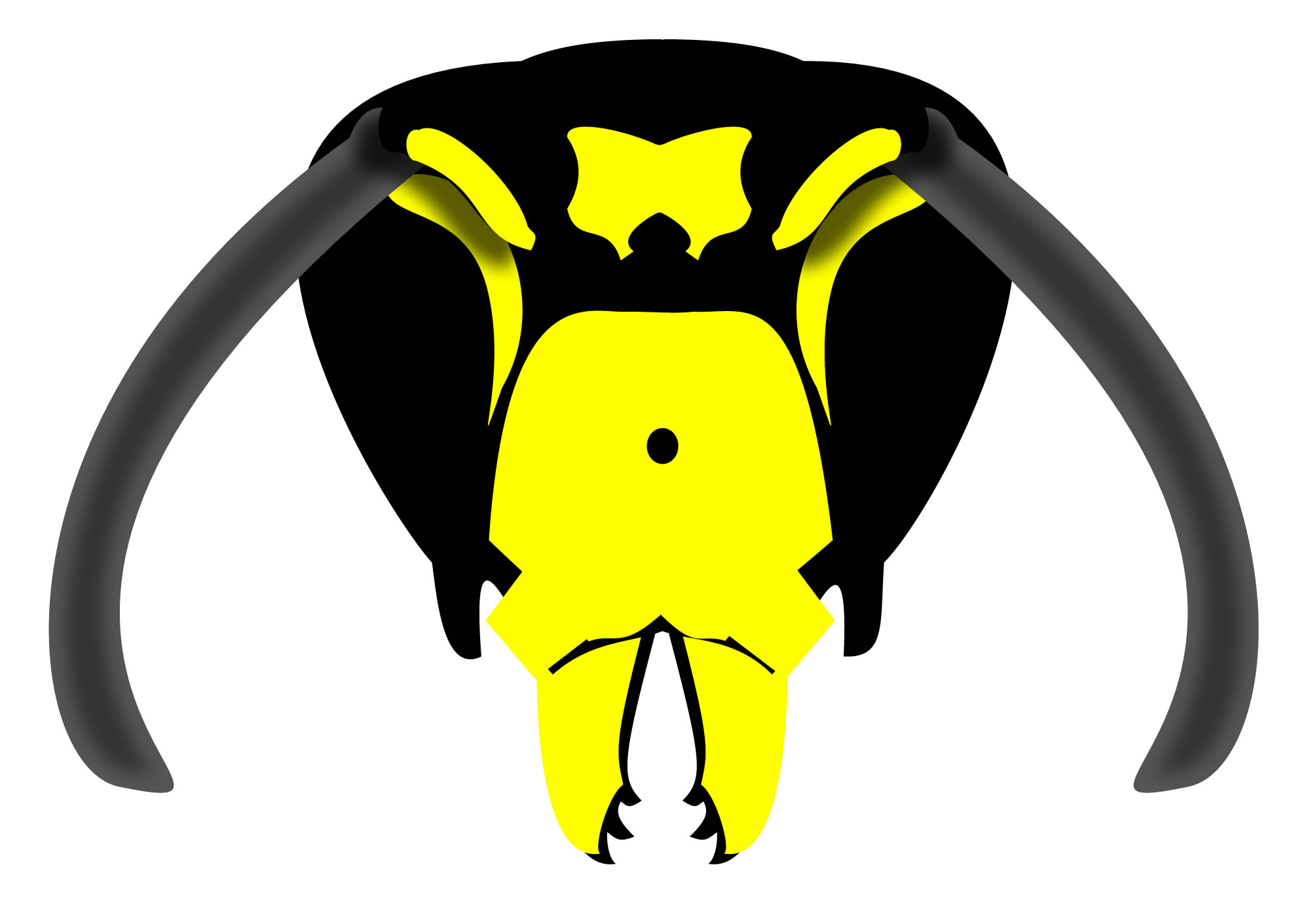 Also known as the ‘Tree Wasp’, D. sylvestris is a medium-sized species of wasp has black and yellow stripes and is around 22 millimetres (0.87 in) in length. It can be identified by its solid yellow face with a single small, central, black dot on the clypeus (lower face).
22mm

Vespula is a small genus of social wasps distributed widely throughout the Northern Hemisphere. The yellow and black members of the genus are known by the common name yellowjackets, along with members of their sister genus Dolichovespula.  Vespula species have a shorter face and are more likely to nest underground than Dolichovespula.
Identification Videos 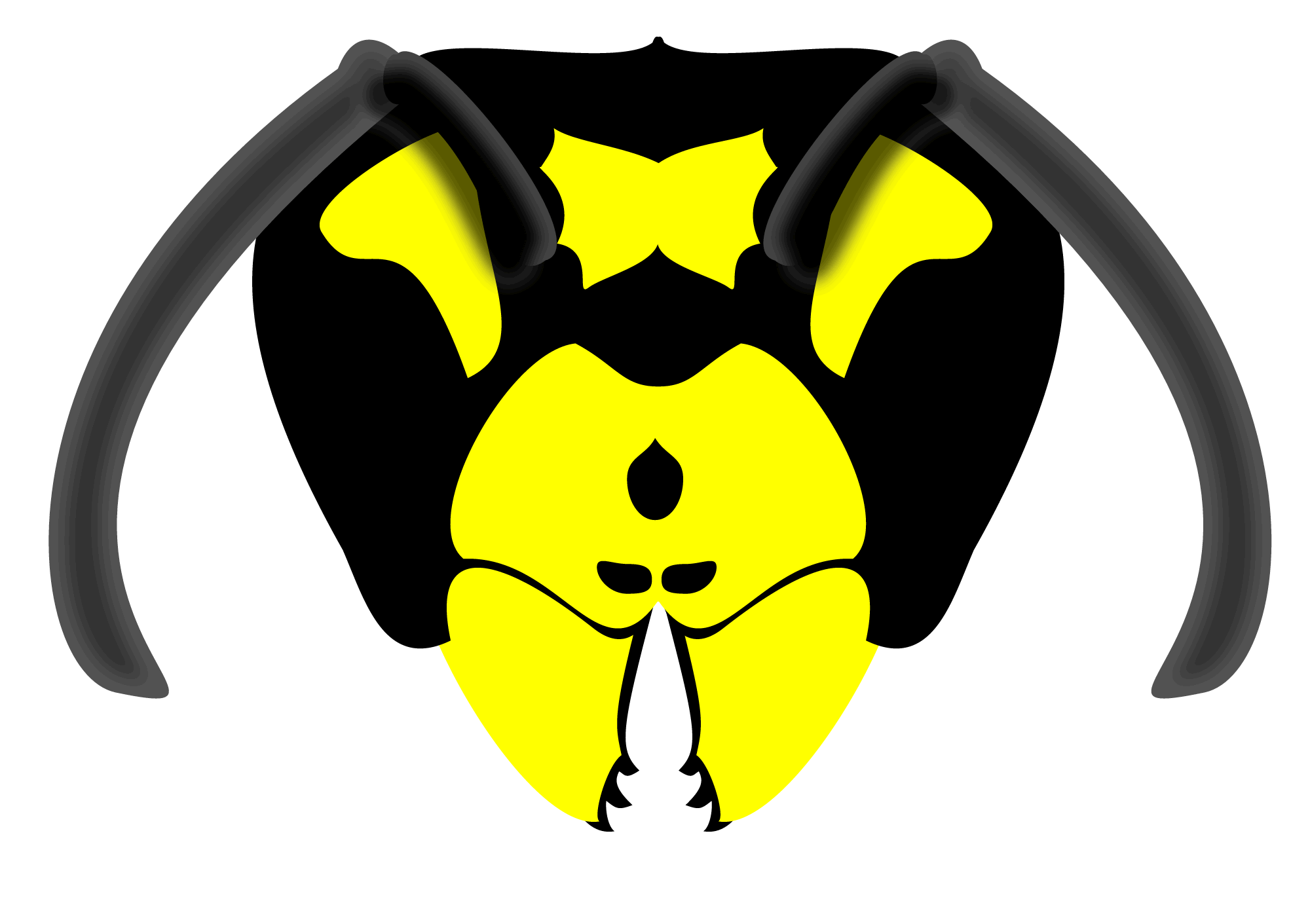 Also known as the ‘German Wasp’.

The majority of nests of the V. germanica  are found in the soil below ground. A significant portion of nests are found in artificial structures such as attics.
13mm 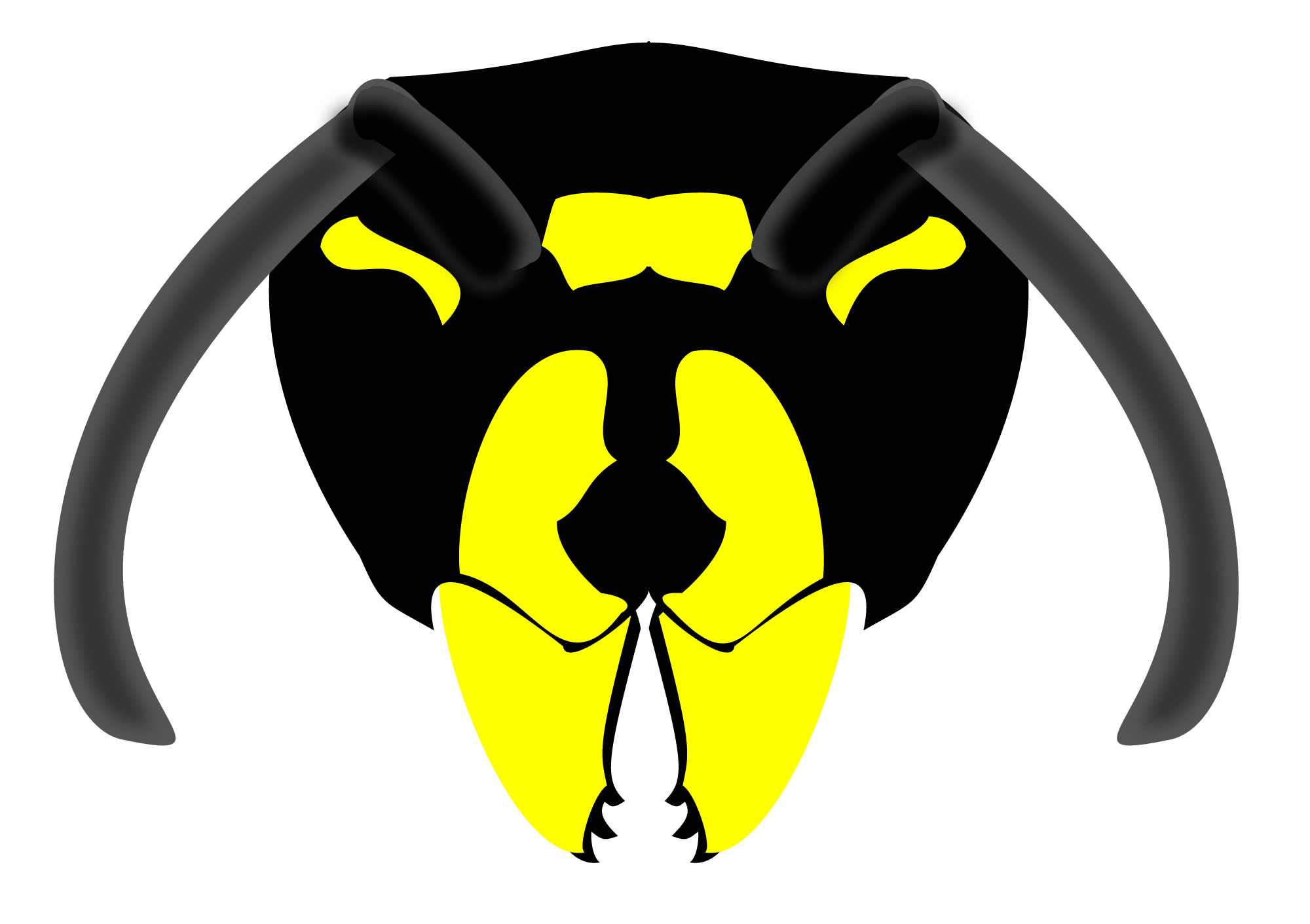 Also known as the ‘Red Wasp’.

V. rufa can be distinguished by its reddish-brown markings on the back, making it sometimes mistaken for a Hornet.  In general, this species builds its nests below ground, often in cavities or along the underside of a roof. 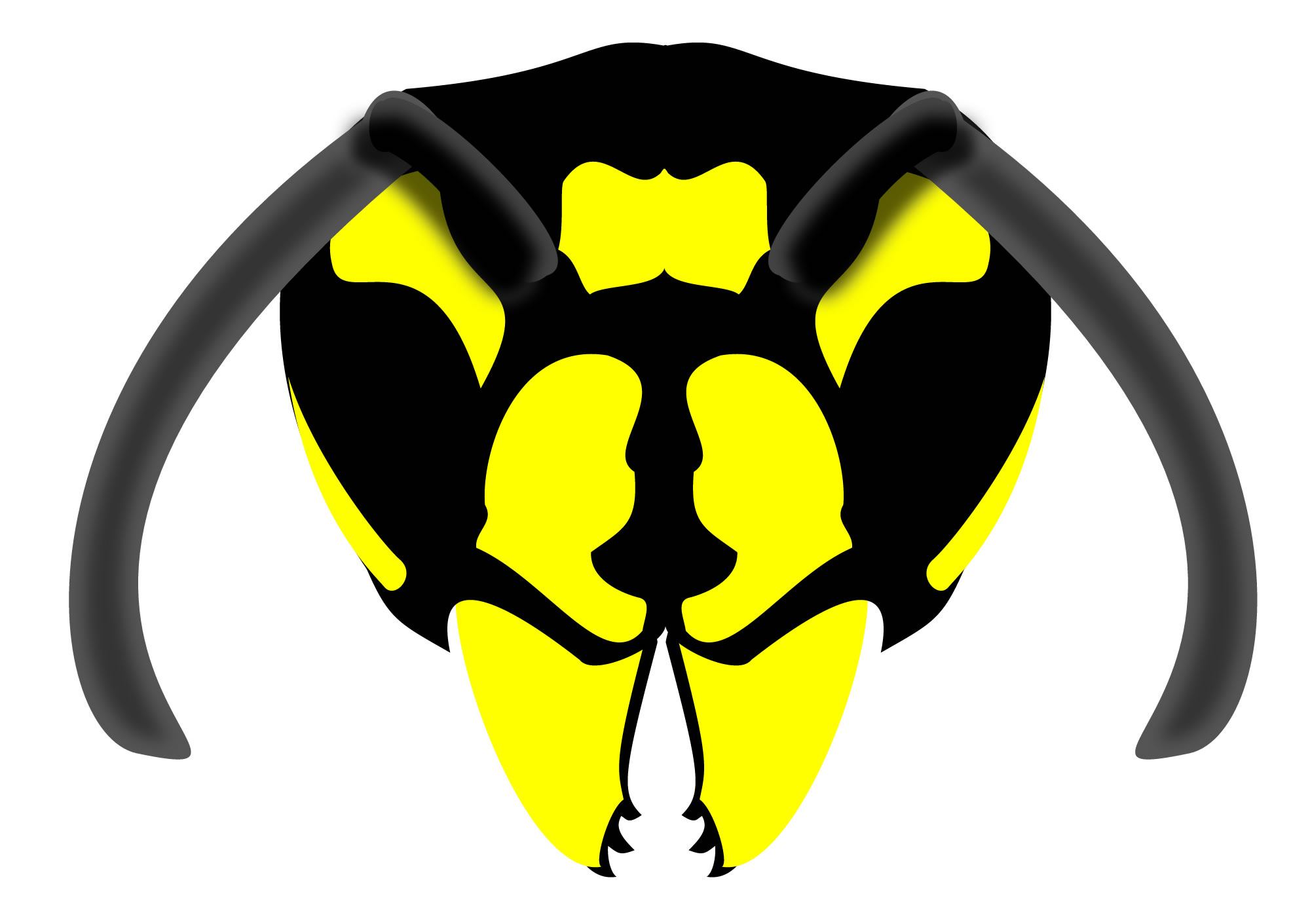 Also known as the ‘Common Wasp’.

The foraging activities of V. vulgaris are generally highest in early mornings; they want to feed the larvae which have been starving during the night as soon as possible to reduce their chance of dying.
12-17mm

Hornets (insects in the genera Vespa and Provespa) are the largest of the eusocial wasps, and are similar in appearance to their close relatives yellowjackets. Some species can reach up to 5.5 cm (2.2 in) in length. They are distinguished from other vespine wasps by the relatively large top margin of the head and by the rounded segment of the abdomen just behind the waist. 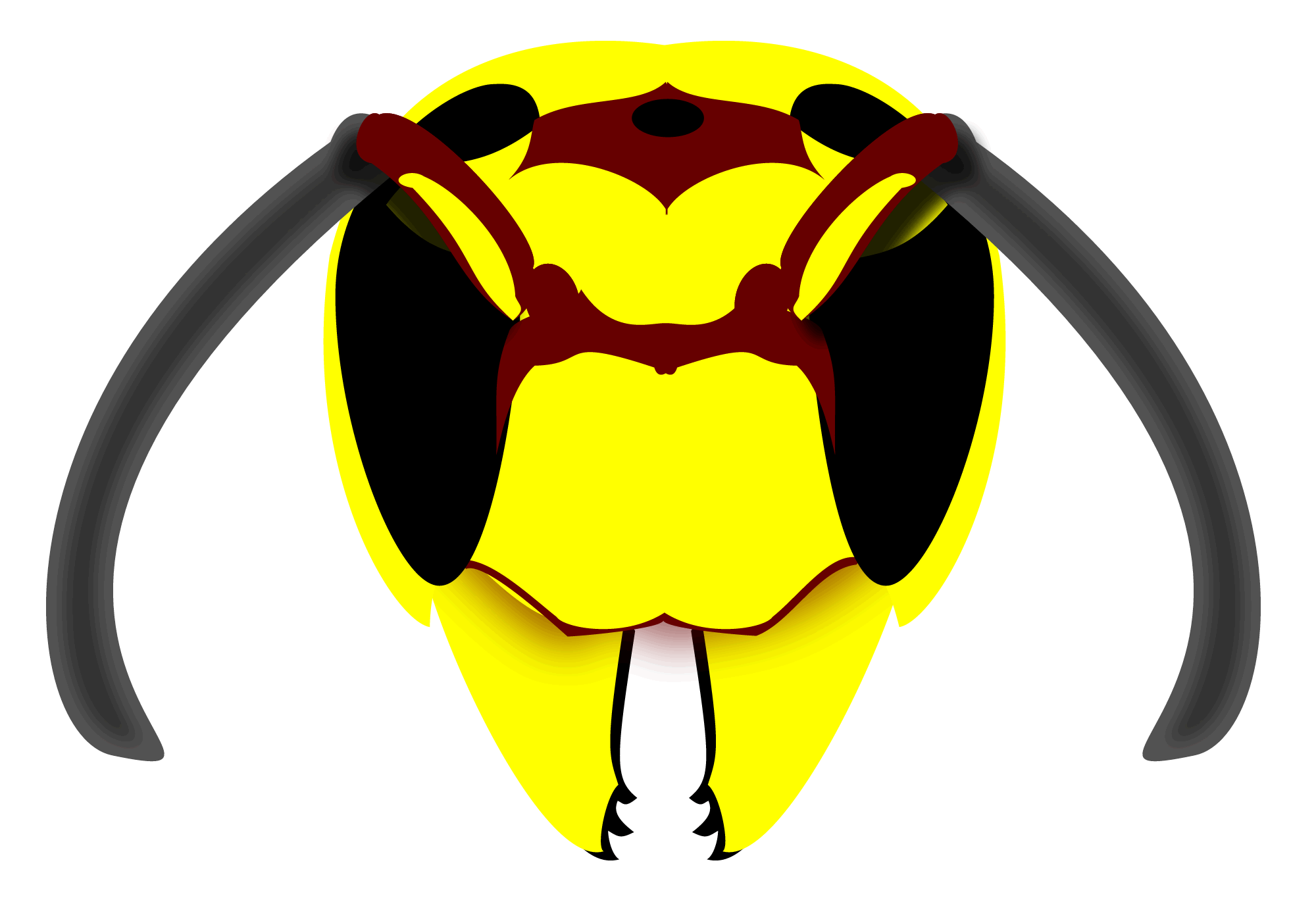 Also known as the European hornet.

This species stings in response to being stepped on or grabbed, but generally avoids conflict. They are also defensive of their hive and can be aggressive around food sources.
25-35mm 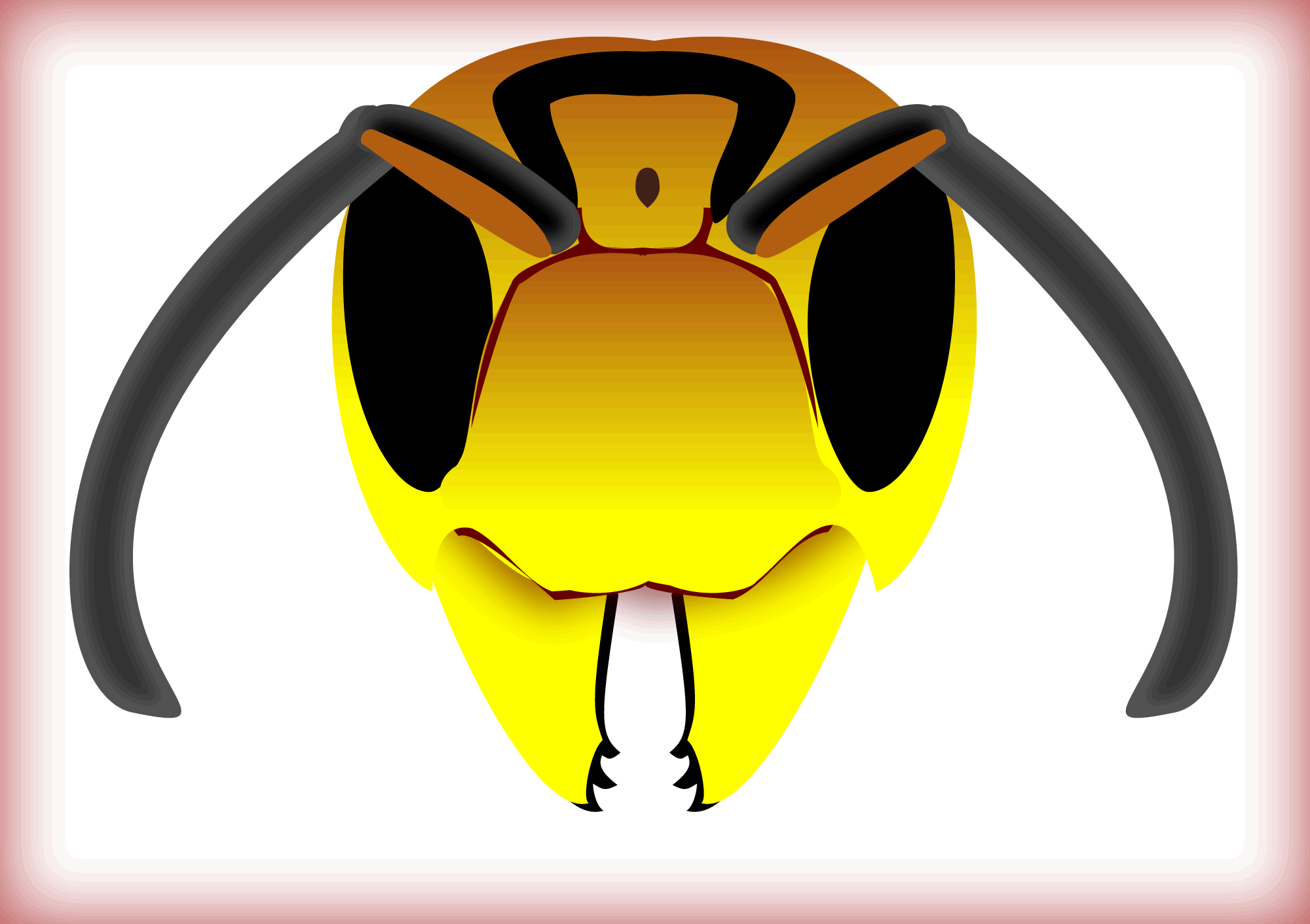 Also known as the Asian hornet or yellow-legged hornet , it is a species of hornet indigenous to Southeast Asia.  This is an invasive species: the first UK sighting was confirmed in Gloucestershire in 2016.  A highly aggressive predator of native insects, especially honeybees.

It poses a significant threat to honey bees and other pollinators. If you think you’ve seen an invasive Asian hornet, you must report it to CEH – The Centre for Ecology & Hydrology on alertnonnative@ceh.ac.uk. 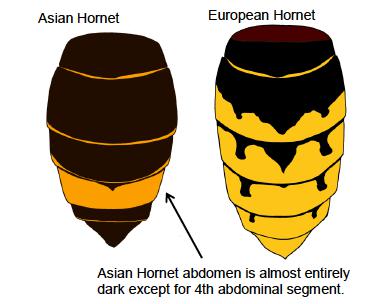 You can find out more at the CEH invasive hornet alert page.